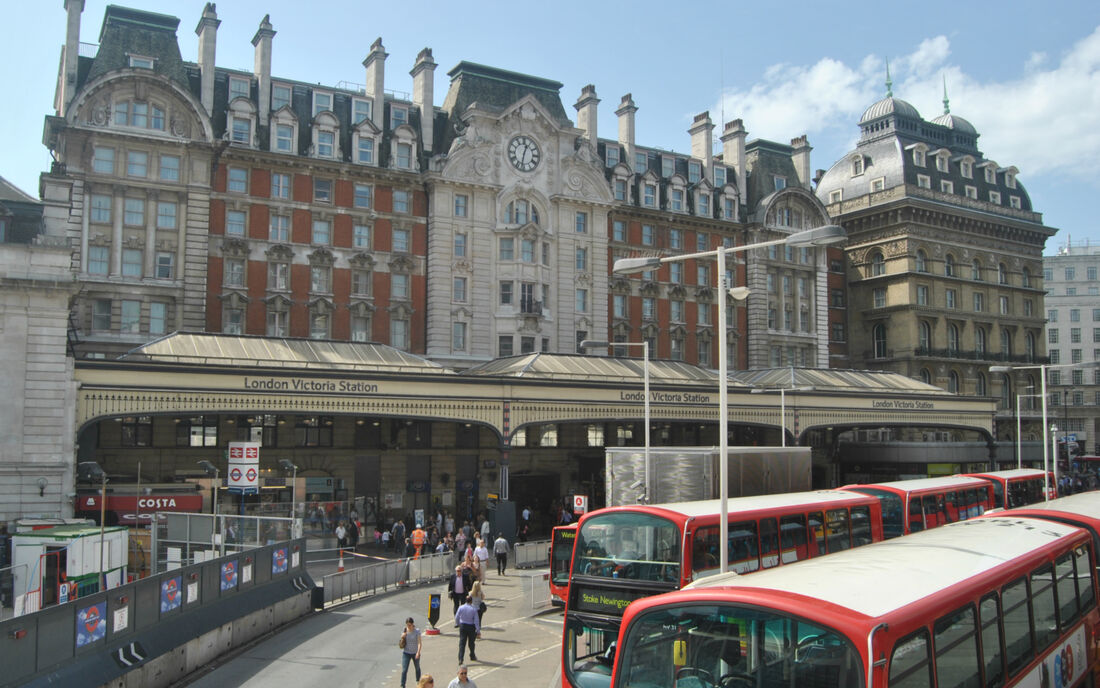 A multi-disciplinary operation supporting the redevelopment project at this busy London commuter station.

Victoria Station is a major interchange for rail, underground and bus transport. It is estimated that 91m passengers enter, exit or interchange at Victoria Underground Station every year. As part of its £500m upgrade to provide increasing station capacity, shorter journey times and improved accessibility for those with restricted mobility, Mott MacDonald commissioned Plowman Craven to assist in all three phases of the project.

A topographic survey was required to encompass the area directly above and around Victoria Underground station at street level. Elevations also included Victoria mainline station, the bus terminus directly outside the station and the main streets surrounding this area including the Apollo Theatre and Victoria Palace theatre.

Basic wireframe elevations were photo draped - a digital picture was stretched to accurately fit the model. This formed part of an effective visualisation exercise so members of the public could see the proposed changes to the area.

Plowman Craven was commissioned to undertake surveys of all basements within Terminus Place and Bressenden Place locations in relation to the construction of the Victoria LUL ticket hall, with further topographical works undertaken to provide additional detailing to engineers.

A measured building survey of Abford House, Wilton Road focusing particularly on the basement and sub-basement was undertaken. The location and extent of the basement were of high importance due to proposed underground works. Following demolition, Plowman Craven also undertook movement monitoring surveys of the surrounding pavements and the exposed Apollo Theatre partition wall.