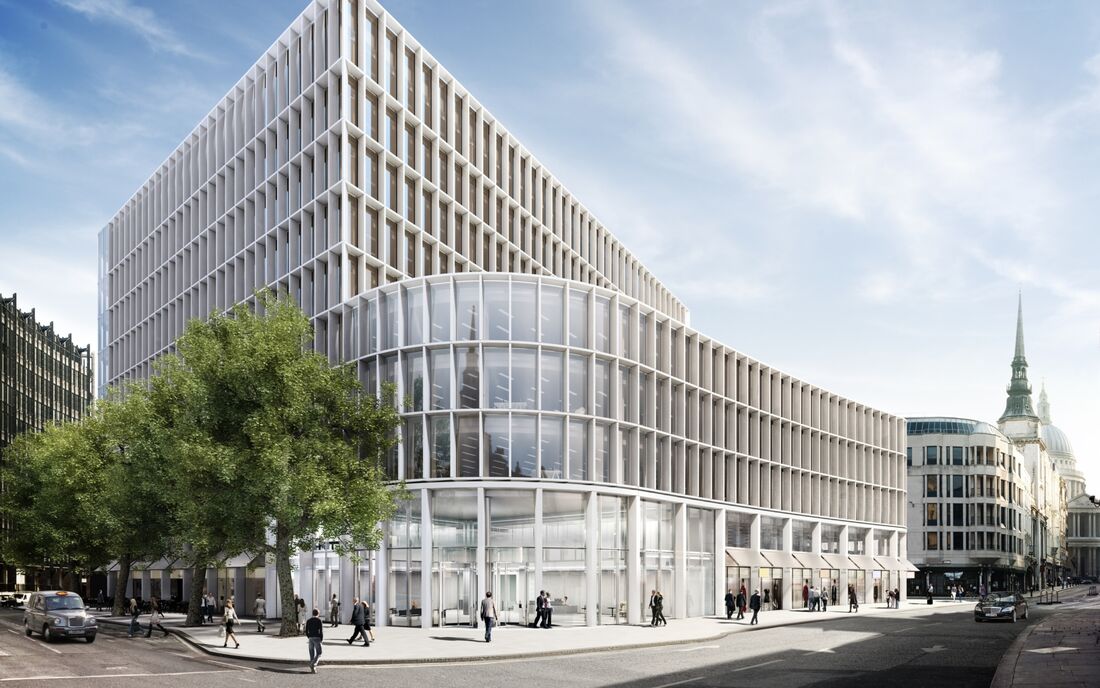 Plowman Craven supplied a series of surveys to Land Securities to assist with the planning, design and construction phases of its 1 & 2 New Ludgate site.

In June 2013 Land Securities committed to the development of 1 & 2 New Ludgate, EC4 comprising two distinct buildings united by a new public piazza. Together they comprise 346,000 sq ft of office accommodation and 32,000 sq ft of restaurant and retail facilities with completion scheduled for April 2015.

Existing multi-storey buildings at the site were located over the line of an electricity cable tunnel 33 metres below ground and, with the demolition of existing buildings planned to basement level, there was a need for the cable tunnel, the Limeburner Lane substation basement, and the Seacole Shaft to be monitored as small movements might result from the works taking place. The Engineering Team at Plowman Craven was appointed to design a monitoring scheme to monitor the substation and the surrounding buildings and both the Bankside and Farringdon Cable tunnels also running underneath.

In addition to this, Plowman Craven also supplied a further series of surveys to Land Securities. Dimensional measured building plans were accurately captured primarily with laser scanning and topographical surveys were combined with underground utilities surveys.