After visiting Sierra Leone for a surveying project in early 2011, Operations Director Malcolm Donald, was moved by the efforts of Foday Mansaray, Head Master and creator of the BorBor Pain Charity School of Hope, whose dream is to rid Sierra Leone of child labour and offer instead freedom and a future through education.

The Borbor Pain Charity School of Hope is a non-profitable charity school, attended by orphans, single parented children and children living in excessive poverty or engaged in stone mining. School buildings are generally made up of tarpaulin, sticks and a few bricks. There is no sanitation.

Upon Malcolm's return, employees at Plowman Craven offered voluntary donations to the school and assisted in the funding for a new classroom roof. Plowman Craven continues to support Foday Mansaray's quest and has pledged to make a donation to the school on an annual basis.

Letters from the children 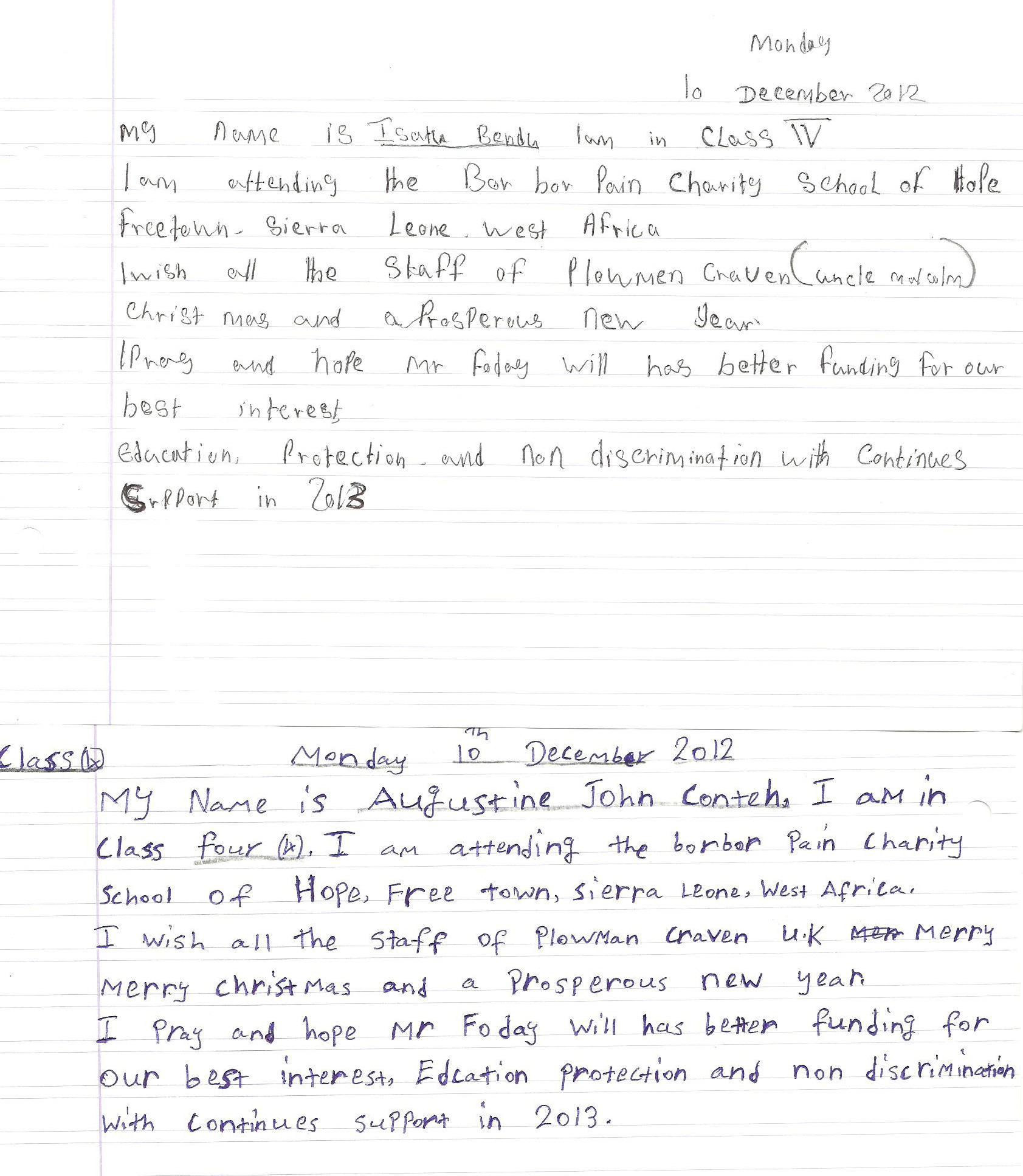